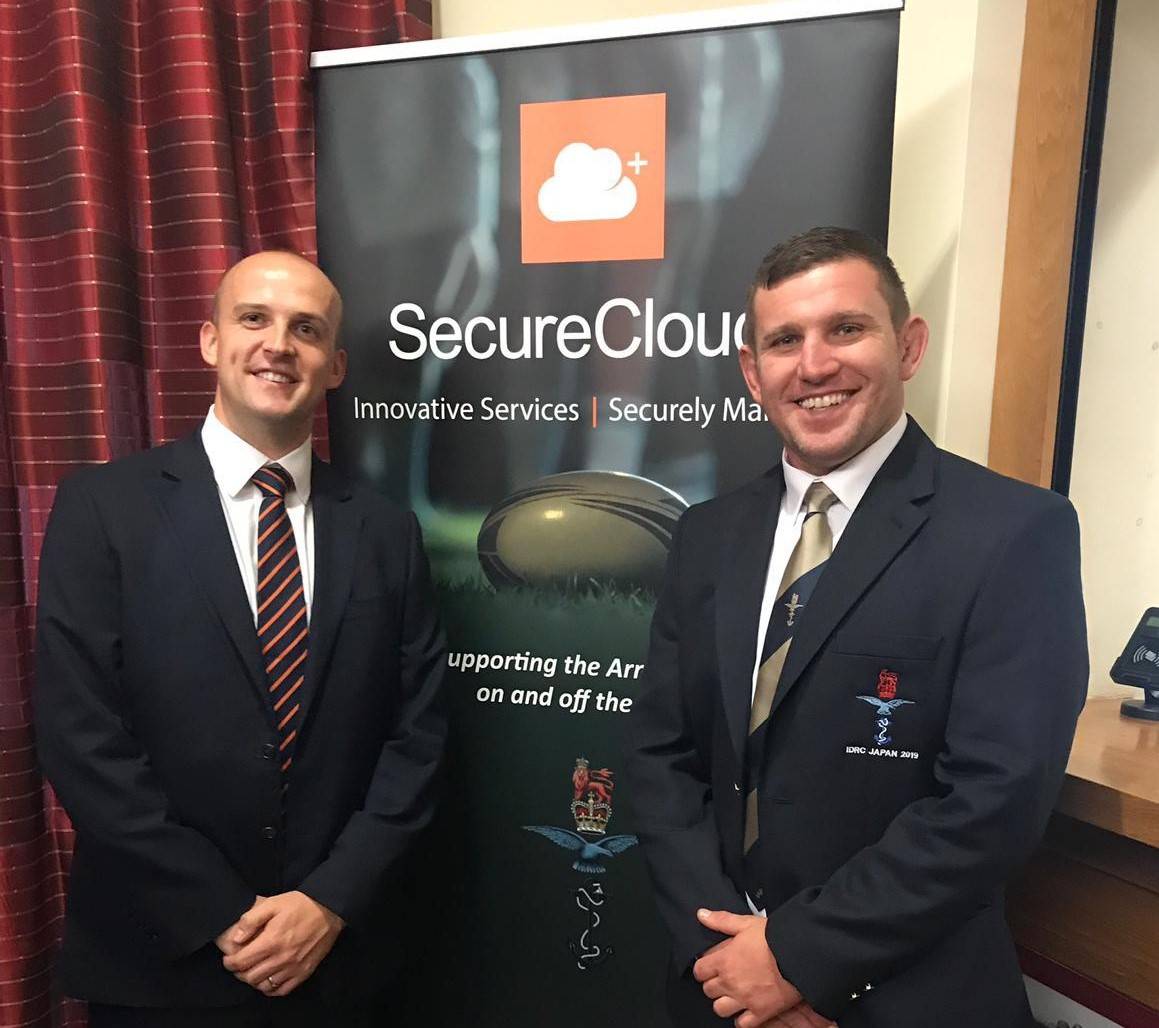 SecureCloud+ have been named an official UKAF Rugby partner for the team’s participation in the International Defence Rugby Competition (IDRC). The Company’s partnership with the UKAF Rugby team is beneficial for all involved and extends their ongoing support of the RAF Rugby, especially with the upcoming RAF Girls Festival of Rugby.

In preparation for the tournament, SecureCloud+ hosted a pre-tour dinner with members of the UKAF Rugby team and their supporters. SecureCloud+ will also be providing the team with sporting accessories in preparation for their matches in Japan. Additionally, the competition will coincide with the Rugby World Cup, which is also being held in Japan and commences shortly after. Sgt Lee, Head coach of UKAF Rugby said, “I'm excited about taking the UK Armed Forces team out to compete in the IDRC and to add that it's being held in Japan, just before the Rugby World Cup, is a huge bonus.”

SecureCloud+ is delighted to be playing a part in the build up to this event. Particularly as the Company feels that the tournament expresses the true excitement of participating in events outside of day-to-day armed forces duties.

SecureCloud+ will have coverage on the latest scores of the teams. Follow the action on https://twitter.com/UKAFRugby