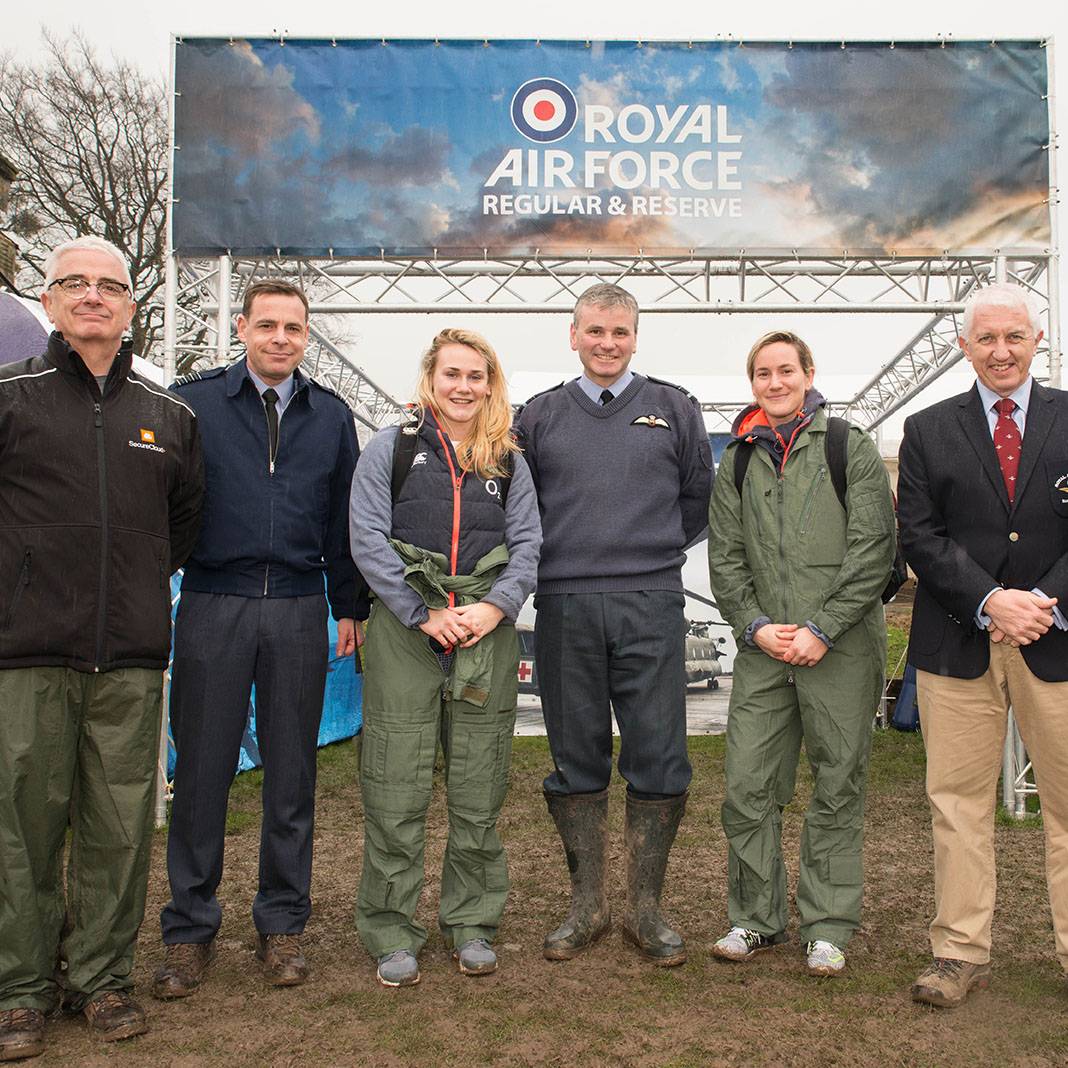 The rain did not discourage over 300 rugby-mad girls converging at RAF Halton on Sunday for the 1st RAF Girls Festival of Rugby community outreach project supported by SecureCloud+. Local U13s, U15s and U18s teams from Reading & Newbury, Old Northamptonians, Old Albanians, Grove, Peterborough and Basingstoke arrived, mid-downpour, at RAF Halton to mark the start of what would be a unique day of rugby.

Midway through the pool matches, and to the girl's amazement, the roar of a helicopter overhead alerted the girls that something special was about to happen. A Puma II helicopter from RAF Benson with two England Internationals, Claire Allan (36 caps) and Meg Jones (2 caps) landed pitch side to much excitement and rapturous applause. The crowd, which included Air Marshal Phil Osborn the RAFRU President, Air Vice Marshal Andy Turner, Air Vice Marshal Christina Elliot, Group Captain James Brayshaw (RAF Halton Station Commander) and Group Captain Al Lewis the RAFRU Honorary Secretary, spent time chatting and posing for photographs with the players and the two England Internationals before the matches concluded.

The smile on the faces of all the girls, coaches and helpers was testament to the unbridled success of the event, proving that a career in the RAF is "No Ordinary Job". This included the amazing Air Cadets who helped in the organisation of the day and were rewarded with a trip in the Puma II helicopter. Plans are already underway for the RAF Girls Festival of Rugby in April 2018 to coincide with the RAF 100 Centenary.