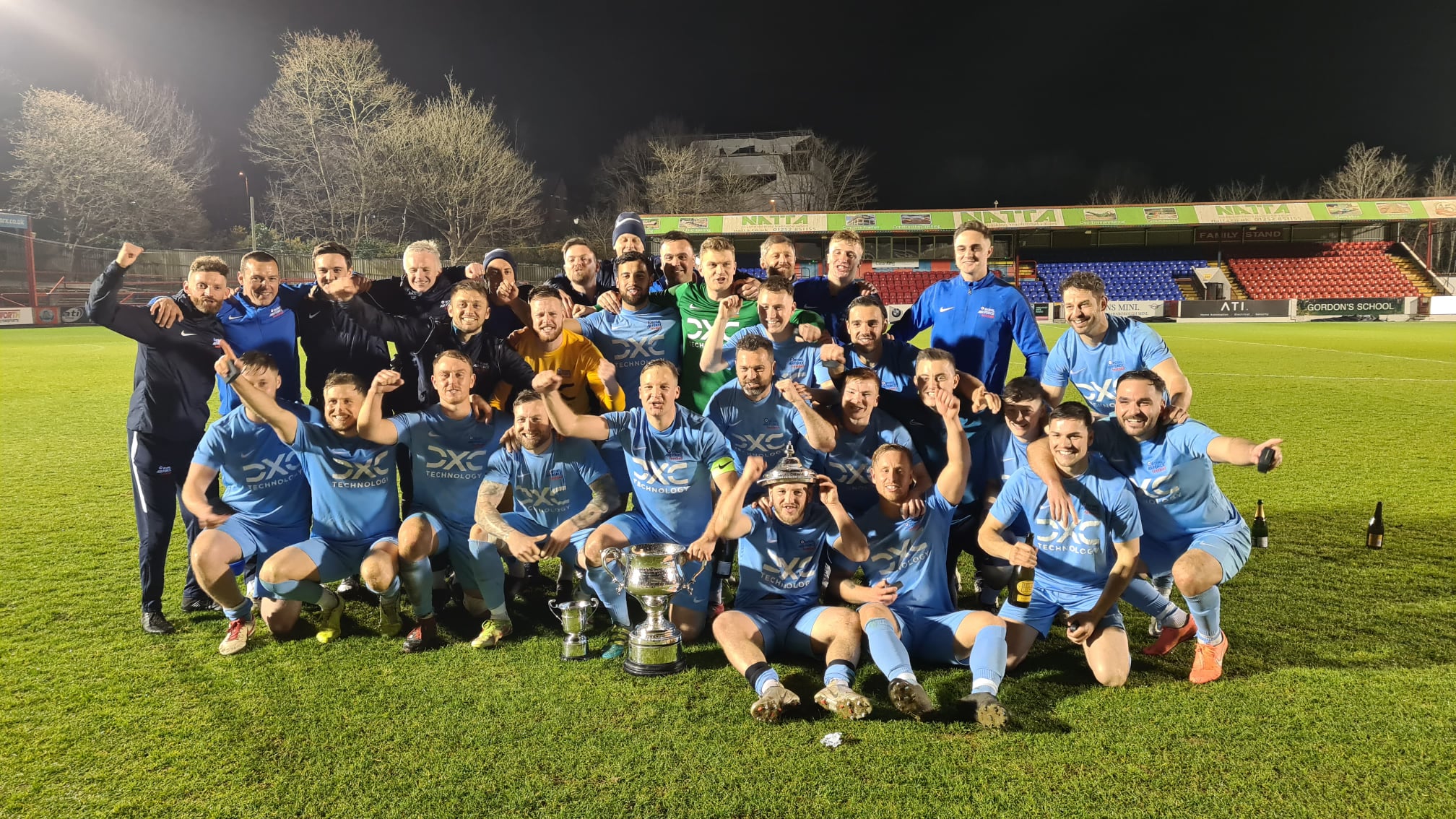 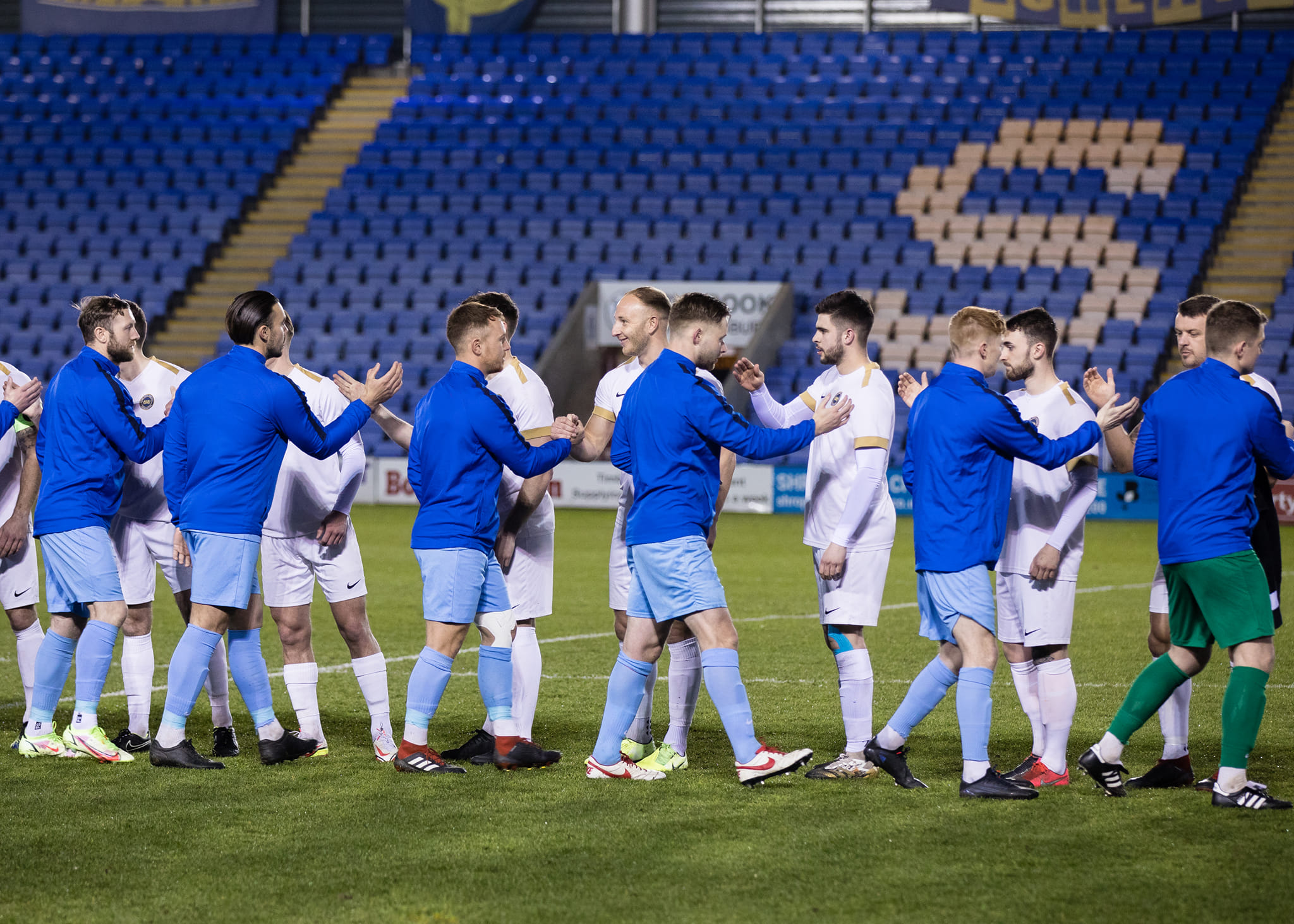 Lineups before RAF vs RN

After a comfortable 2-0 victory over the Navy last week to kick off the Inter-Services 2022, the RAF XI trekked to down to Aldershot Town to face the Army’s best. The game was played at a breathtaking pace by two fully-committed sides with the Inter-Services trophy on the line.

Both teams threatened in a frantic opening period. Scott McCarthy’s effort bounced back off the post and was slotted into the open net for the home side, before an improvised finish bounced back off the bar. Two quick-fire goals from Michael Campbell turned the tables for the RAF XI. A near-post flick following a rampaging run from Captain Tom Claisse was shortly followed by an acute diving header to take a 2-1 lead into the break.

Campbell finished off his hattrick after the break, before a wonderful one-touch move was capped by Gosling to ensure a comfortable end to the match. Overall, a classy display from the RAF to win the Inter-Services title, who looked well-coached and dominant on the ball. Congratulations to everyone involved in RAF Football and full steam ahead for the annual RAF Cup.