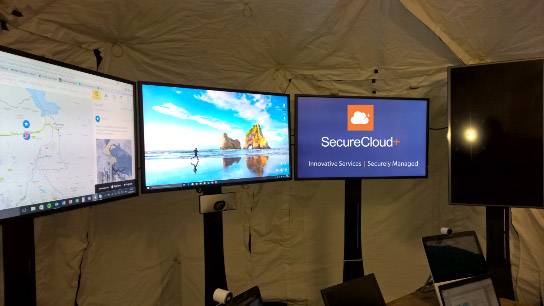 In April 2016, the Salisbury Plain Training Area (SPTA) was buzzing with activity ten days as more than 5,000 British and French armoured infantry and airborne troops took part in Exercise Griffin Strike, demonstrating the Anglo-French Combined Joint Expeditionary Force (CJEF). Over 1,000 distinguished guests attended Visitors Day. They were able to get a flavor of the Deployed HQ of the future demonstrating Shared Situational Awareness technology. SecureCloud+ were privileged to be part of such a remarkable event.